Named in honour of the Queen’s Platinum Jubilee, the ward will care exclusively for inpatients having elective orthopaedic surgery such as knee and hip operations.

One of the first three patients to be treated in the ward was Leonard Perry, from Bideford, who has been waiting for a hip replacement operation. He was delighted to be in the new ward. “It’s lovely in here,” he said, “this new ward is gorgeous.”

Mr Luke Brunton, Orthopaedic Consultant, said: “It’s really exciting to get back to what we do best – treating our patients.

“Jubilee Ward is an amazing facility which will give us the opportunity to continue to provide world-leading care in Northern Devon.”

The £1.9 million 10-bed ward will help to reduce waiting times for some orthopaedic procedures. It is a modular building, built in sections in South Wales and brought to Barnstaple by lorry for final construction in March.

Jubilee Ward joins the Royal Devon’s other site named in honour of Queen Elizabeth II, the Princess Elizabeth Orthopaedic Centre (PEOC), which is based in Exeter.

Today, the Princess Elizabeth Orthopaedic Centre (PEOC) is known for its clinical excellence and innovation and is a regional referral centre for complex cases. The centre has five operating theatres and carries out elective orthopaedic surgery including hip, knee, spinal, and shoulder, and treats children’s joints, muscles, and bones.

Jonathan Howell, Consultant Orthopaedic Surgeon at the Royal Devon University Healthcare NHS Foundation Trust, said: “PEOC is home to a number of innovations, with the most notable being the Exeter hip replacement, which started over 50 years ago and is now used across the globe.

“Over two million patients worldwide have benefitted from an Exeter hip, relieving their pain and enabling them to return to the things they enjoy such as gardening, hiking, swimming, tennis, golf, watersports and skiing. It is such a privilege for us at PEOC to be custodians of a legacy like this, and so rewarding for us to be able to improve the quality of life for so many people.” 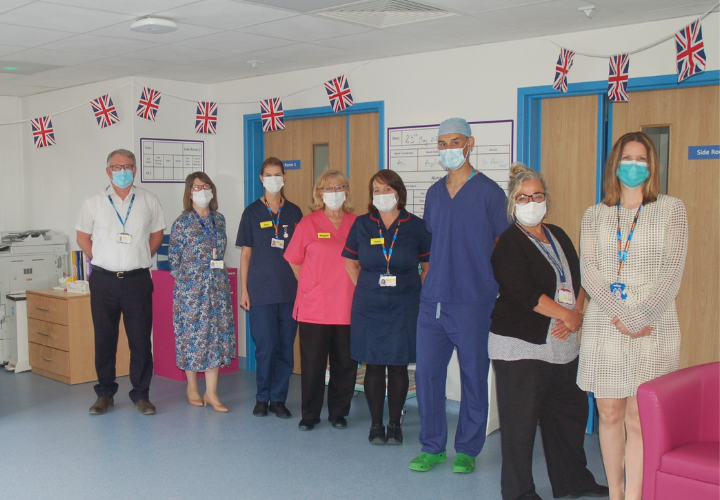